Advisor of Raise The Caliber™ 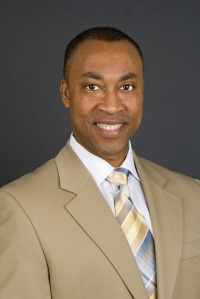 Charlie Grady hails from an esteemed law enforcement background*. He is a highly decorated retired Police Detective and FBI Task Force Agent. Grady’s 27 year career in law enforcement focused on violent crime, homicide, drugs, guns, and gang investigations on a Nationwide scope. Grady was the first Senior Investigator appointed by The United States Attorney of the District of CT, specializing in gun violence and illegal trafficking of firearms and narcotics.

In 2013, he was chosen to head Bridgeport’s anti-gun violence initiative called “Project Longevity” and has since achieved a significant decrease in homicides and shootings. Grady has also dedicated his professional and personal life to educating police officers and civilians on the dangers of illicit street drug trafficking.

Amazingly, in addition to this extraordinary career of public service, Grady is an accomplished professional film, stage and television actor. He has appeared in major motion pictures and popular television shows such as Law & Order, Guiding light and All My Children.

*Grady grew up in a family of cops. His father was a Police Commander in New Haven, CT. His five uncles were all cops.