Jewelry for a Cause, Founder & CEO 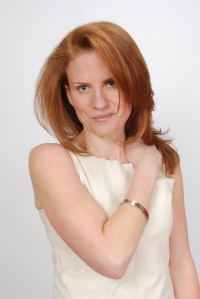 In the beginning, there was Jewelry for a Cause –a company devoted to the idea that purchasing jewelry could indeed be guilt-free, even an act of philanthropy. In 2008, Jessica Mindich, a former lawyer and mother of two, came up with a simple concept for a one-of-a-kind company. She would design inexpensive and wearable pieces for schools and charities to sell at a profit for their own fundraising purposes. As the business developed, consumers became increasingly interested in Jessica’s eye-catching designs and begun purchasing them for themselves or as gifts–in these cases, Jessica made a commitment to donate 20 percent of the proceeds from many of her jewelry lines to the charities of her clients’ choice.

In a way, Jewelry for a Cause was born out of Jessica’s own family life. Giving gifts has always been a challenge in her family –her father won’t even accept a gift that is not a donation to a worthy cause. But what started small, and close to home, quickly became more widespread.

As business boomed, the press took note: Jewelry for a Cause has been featured in the pages of O, InStyle, The New York Times and People; online at Daily Candy and Perez Hilton; and also on ABC News, NBC, Fox News and CNN.

But with an eye for both style and substance, Jessica realized there was more that could be done. Finding ways to the use bevy of Hollywood beauties who have rallied to her cause and supported her company, Jessica launched Glam for Good, a new division that offers the power of diamonds and other precious gems as a fundraising tool for not-for-profits. Since its inception in 2011, Glam for Good’s 100-carat sapphire necklace was auctioned off the neck of Chyler Leigh at the Thirst Project gala in Beverly Hills, generating enough money to build a well in Swaziland where the clean water crisis is at its peak. Meaghan Martin, of Mean Girls 2, worked with Glam for Good to promote two pair of glitzy earrings to benefit Autism Speaks, a cause near to her heart, because her own brother is autistic. With Glam for Good, Jessica found a way to make “bling” a blessing for charities all around the world.

Jewelry for a Cause and Glam for Good are companies for modern times. Luxury is not gone, just redefined. Most of us feel that doing good needs to be more a part of the fabric of daily life. It should be as natural as, say, fastening the clasp of a necklace. Jessica Mindich realized she could combine these concepts into a company for this era. Jewelry that sparkles with good intentions.™